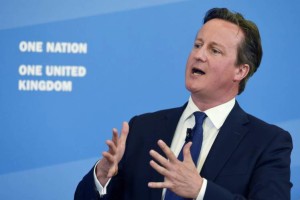 In each of the last fourteen years, essentially the same speech has been delivered by one or another UK government minister. From Tony Blair, David Blunkett, Hazel Blears, and Ruth Kelly to David Cameron and Theresa May, the message has been identical: Britain is said to be in crisis because a minority of Muslims have cut themselves off from the rest of society, advocated their own distinct value system and thereby created the conditions for extremism and violent disorder. In their essentials, there is little difference between David Cameron on integration in 2015 and New Labour Home Secretary David Blunkett on integration in 2002.

Public discourse on integration and extremism rests on this longstanding, cross-party consensus. Its origins lie in the Labour Party leadership’s ideological transformation in the 1990s. As Labour’s embrace of neoliberalism meant it had less ways of distinguishing itself in social and economic terms, so it turned to questions of identity, culture and values in the hope that these could be used to stitch together an increasingly fractured social fabric. Earlier, Prime Minister John Major had hoped to bind Britain together with a notion of unchanging Englishness, quoting Orwell’s “old maids bicycling to holy communion through the morning mist”. By the late 1990s, New Labour politicians understood that such an image had no basis in the social realities of modern Britain. Instead, they advocated a “third way” nationalism based on progressive liberal values. When Cameron now claims that what defines Britishness is “equal rights regardless of race, sex, sexuality or faith”, he is following a Blairite script.

The official definition of an extremist is someone who rejects British values. For the sake of political correctness, care is taken to emphasise that extremists also come from the far Right. But the association between extremism and excessive belief in Islam has already been solidified in the public mind. Thus Muslims have found themselves constructed as the “ideal Other” of a new cultural nationalism. They are the solution rather than the problem, the screen upon which a refiguring of national identity can be projected and the object of a racialized surveillance gaze.

Of course, it makes no sense to understand British identity as an expression of liberal values. Cultural values like freedom are not the property of any one nation. Nor does Britain’s history display a deep cultural affection for equality; quite the opposite. And there is of course a glaring contradiction in Cameron’s anti-extremism policy, which restricts freedom of speech in the name of defending “British” freedoms.

Yet this is more than straightforward hypocrisy. The deeper point is that official discourse starts from the assumption that cultural difference is the chief threat to British society. On a geopolitical level, this position is known as the “clash of civilisations” thesis. It has been widely discredited on the grounds that it displaces what are actually global political conflicts onto the more comforting plane of cultural essentialism.

The same is true on the domestic level. In real terms, the people of England, Wales and Scotland no longer have a shared collective identity. Cameron’s project is a ghostly enterprise: to bring back the spirit of a dead Britishness to cover up deepening social antagonisms. The fear of an “external” enemy fostering religious segregation serves to distract us from actual class segregation. We concede too much, therefore, if we accept the culturalism of public discourse on British Muslims. A better response is to relate what appear to be primarily cultural differences to the social and political antagonisms they are expressions of. The question is not whether Muslims can be integrated into some version of Britishness but who gets to decide what Britishness means and whether a Britain can be imagined free of empire and racism.

This article originally appeared on the Muslimwise blog.