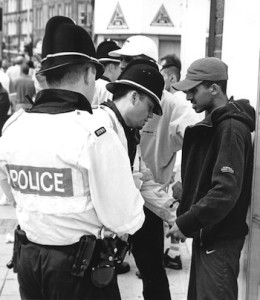 Under the guise of tackling Islamic extremism, the government has created one of the most elaborate systems of surveillance ever seen in this country. As this newspaper revealed on Saturday, the Preventing Violent Extremism programme, known simply as Prevent, is being used to gather intelligence about innocent people who are not suspected of involvement in terrorism.

Researching the programme myself over the last six months, I discovered that a range of agencies – such as schools, colleges, youth and community services – in areas with significant Muslim populations are expected to gather intelligence about the young people they work with. Youth workers, for instance, are under pressure to provide to counter-terrorism units detailed information about those whose religious and political opinions are considered extremist – a vague term that can include things like religious literalism or anger at British foreign policy. Muslim youth workers who have been unwilling to involve themselves in this kind of information sharing, because of legitimate concerns about professional confidentiality, have themselves come under suspicion and, in at least one case, become the target of a smear campaign.

The government describes Prevent as a community-led approach and believes that by selectively directing resources at moderate Muslim organisations to carry out community development and anti-radicalisation work it can empower them to unite around shared British values to isolate the extremists. While the government denies the programme has a surveillance element, this is contradicted by its adviser Ed Husain of the Quilliam Foundation, who says intelligence gathering is a part of Prevent. He also believes it morally right that professionals such as teachers should alert the authorities to those who hold views considered extremist. Indeed, through its Radicalisation Awareness Programme, the foundation is receiving significant public funds to advise local authorities on how extremist views among Muslims can be identified by public service workers.

Of course, it is appropriate that the police and intelligence services have placed a number of Muslim individuals under surveillance. It is also right that channels should be made available for youth workers and teachers to provide information to the police if there are reasons to believe an individual is involved in criminality. What is at issue is whether professionals providing non‑policing local services should be expected to routinely identify to the police not just individuals who might be at risk of committing a criminal offence, but also those whose opinions might be deemed unacceptable. Not only are the professional distinctions between the teacher or youth worker and the police officer being confused, but policing itself is being widened to include the surveillance of radical opinion.

Expecting teachers and youth workers to identify extremists in this way undercuts trust between Muslims and providers of public services. And trust is an essential ingredient in counter-terrorism. Young people need to be able to speak openly with teachers and youth workers about the issues they feel strongly about. If schools and youth clubs can no longer be relied on to provide a venue for such discussions to take place then where will young people go? The likelihood of their turning to those already committed to violence will only be increased.

Ultimately, the real alternative to terrorism is not the official promotion of state-licensed British values but a democratic process that is capable of listening to views that the majority may find offensive or discomforting. Unfortunately, the Prevent programme is doing the exact opposite.

One thought on “Trust made meaningless”