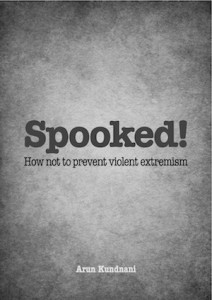 This Institute of Race Relations study of the UK government’s Preventing Violent Extremism policy criticized its sole focus on Muslim populations, the embedding of surveillance in community engagement with Muslims, and the background assumptions about the nature of extremism and radicalization. The paper was accompanied by a front-page report in the Guardian newspaper on the surveillance allegations, and led to questions being asked in parliament, and evidence being submitted to a parliamentary inquiry.