There can be no social cohesion while an entire group of citizens is cast as the enemy within. 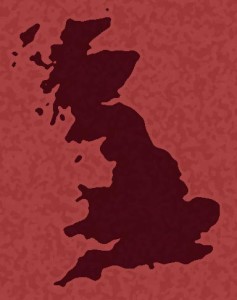 The demand, since September 11, has been for a recharging of the batteries of national belonging, for the state to once again connect with the nation. In response, the government has chosen to bind itself to the people through fear rather than hope; through national security rather than people’s security; through the politics of a phoney Britishness rather than a genuine universalism. The result is a mindset which makes Muslims into potent symbols for an apparent loss of national belonging.

Instead of asking how society excludes Muslims and how this exclusion contributes to a process of ghetto-isation, the questions asked are about Muslims refusing to integrate; Muslims as a political problem; Muslims having to become more British. It is thus their “alien” values that are the problem rather than our racist values. The shame of it is that these ideas have come from the left as much as the right, and Muslims themselves have been excluded from participating in these debates on equal terms.

It is along these fault lines that we have to understand the politics of “community cohesion” and the influence of a new leftwing communitarianism, promoted by a coterie of intellectuals and pundits around New Labour. The aim is to renew a hard boundary of entitlements between citizens and foreigners, a boundary that is to be policed with oaths of allegiance, citizenship tests, identity cards and denials of human rights to foreign nationals, particularly asylum seekers. These measures represent an attempt to return to a clear sense of “us” and “them” in the face of a world in which sovereignty has been increasingly globalised. In the end, they mean the creation of a new Britain defined by demonisation, surveillance and internment.

Of course, these measures cannot be justified by the disturbances that took place in Oldham, Burnley and Bradford in 2001, as the participants there were British citizens, who would not be formally subject to the new policies. But in towns such as these, community cohesion has come to mean the creation of new identities and “shared values”, suited to the demands of Blair*s Britain.

In one Yorkshire town, a community cohesion worker considers it his sole responsibility to arrange seminars for young Muslims to tell them that they ought to be more British. In Bradford, the community cohesion task group has launched “Spice”, a combined shopping, restaurant and educational complex to be built in the city centre, around the theme of “spices, herbs and aromatics”. Its aim is to rebrand the city with a cool, post-industrial image – except that the image bears no relation to the actual identities of the peoples who live in the city and unwittingly mocks its Asian and white communities alike.

But then New Labour has no real understanding of what communities are. Community comes out of different people living, sharing and fighting together. It comes out of struggle, shared experiences of pain or joy. It cannot be imposed from the top down. It cannot be created by marketing departments.

Remember, community cohesion is the official race relations policy of this country. The earlier agenda that came out of the Macpherson report has been largely abandoned, even as Muslim communities are besieged by anti-terrorist policing. Racism is no longer recognised as “institutional”. It is defined, instead, as a fear of the unknown. Thus, Muslims need to make themselves less strange to others, both by becoming more British and through more mixing with other groups.

On a local level, therefore, we have a return to the failed race relations formulae of the 60s, when community relations councils attempted to overcome deeply entrenched racism by getting different groups of people to have a cup of tea and a samosa with each other. Similarly today, in Keighley – where Nick Griffin has chosen to stand for the British National party at the forthcoming general election – the community cohesion team hoped that building a ski slope in the town centre would bring people together and break down barriers.