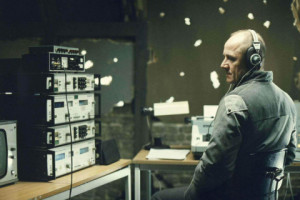 The U.S. government has been snooping on prominent members of the Muslim-American community, according to documents released by National Security Agency whistle-blower Edward Snowden and publicized in a story by Glenn Greenwald and Murtaza Hussain of the online publication Intercept.

That story reveals that the NSA and FBI covertly monitored the emails of five Muslim-Americans who have “all led highly public, outwardly exemplary lives,” the article said.

Among the five is Faisal Gill, who served in President George W. Bush‘s Department of Homeland Security and is a longtime Republican Party activist.

Another victim of this snooping is Nihad Awad, who heads up the Council on American-Islamic Relations, the largest Muslim civil rights organization in the United States.

The three others are Asim Ghafoor, whom the article identifies as “a prominent attorney who has represented clients in terrorism-related cases;” Hooshang Amirahmadi, “an Iranian-American professor of international relations at Rutgers University;” and Agha Saeed, “a former political science professor at California State University, who champions Muslim civil liberties and Palestinian rights.”

The Intercept article revealed what it called “blatant prejudice against Muslim-Americans.” And it showed good proof: One NSA document instructed staff on how to draw up a target list for surveillance. In place of the target’s real name, the memo used the following fake name: “Mohammed Raghead.”

These documents suggest that the government is viewing all Muslims — be they Arab, Asian or African-American — as suspect because of their membership in a religious community. And when their Islamic belief is combined with political opinions critical of U.S. foreign policy, they become even more suspicious — to the point of being treated as possible terrorists.

This violates the First Amendment of the Constitution, which prevents discrimination on the basis of one’s religious or political opinions.

It is also a violation of the Fourth Amendment, which protects us from unlawful searches.

The spying on Muslim-Americans is all too reminiscent of the FBI’s COINTELPRO and the NSA’s Project Minaret decades ago, which spied on people like Joan Baez, Jane Fonda and the Rev. Martin Luther King Jr.

We have to strongly reject the surveillance of Muslim-Americans and recognize that an attack on the rights of one group of people inevitably fans out to others.

This article was originally syndicated by McClatchy-Tribune News Service.