Muslim Americans likely make up the bulk of US domestic spy targets. This is what it’s like for innocent citizens to live in fear. 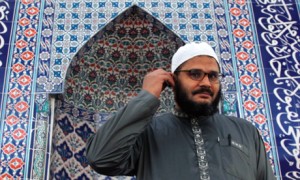 Better oversight of the sprawling American national security apparatus may finally be coming: President Obama and the House Intelligence Committee unveiled plans this week to reduce bulk collection of telephone records. The debate opened up by Edward Snowden’s whistle-blowing is about to get even more legalistic than all the parsing of hops and stores and metadata.

These reforms may be reassuring, if sketchy. But for those living in so-called “suspect communities” – Muslim Americans, left-wing campaigners, “radical” journalists – the days of living on the receiving end of excessive spying won’t end there.

How come when we talk about spying we don’t talk about the lives of ordinary people being spied upon? While we have been rightly outraged at the government’s warehousing of troves of data, we have been less interested in the consequences of mass surveillance for those most affected by it – such as Muslim Americans.

In writing my book on Islamophobia and the War on Terror, I spoke to dozens of Muslims, from Michigan to Texas and Minnesota to Virginia. Some told me about becoming aware their mosque was under surveillance only after discovering an FBI informant had joined the congregation. Others spoke about federal agents turning up at colleges to question every student who happened to be Muslim. All of them said they felt unsure whether their telephone calls to relatives abroad were wiretapped or whether their emails were being read by government officials.

There were the young Somali Americans in Minnesota who described how they and their friends were questioned by FBI agents for no reason other than their ethnic background. Some had been placed under surveillance by a local police department, which disguised its spying as a youth mentoring program and then passed the FBI intelligence on Somali-American political opinions.

There were the Muslim students at the City University of New York who discovered that fellow students they had befriended had been informants all along, working for the New York Police Department’s Intelligence Division and tasked with surveilling them. There was no reasonable suspicion of any crime; it was enough that the targeted students were active in the Muslim Students Association.

And then there was Luqman Abdullah, a Detroit-based African-American imam, whose mosque was infiltrated by the FBI, leading to a 2009 raid in which he was shot and killed by federal agents. The government had no evidence of any terrorist plot; the sole pretext was that Abdullah had strongly critical views of the US government.

These are the types of people whom the National Security Agency can suspect of being two “hops” away from targets. These are the types of “bad guys” referred to by outgoing NSA director Keith Alexander. Ten years ago, around 100,000 Arabs and Muslims in America had some sort of national security file compiled on them. Today, that number is likely to be even higher.

A study published last year by the Muslim American Civil Liberties Coalition documented the effects of this kind of mass surveillance. In targeted communities, a culture of enforced self-censorship takes hold and relationships of trust start to break down. As one interviewee said: “You look at your closest friends and ask: are they informants?”

This is what real fear of surveillance looks like: not knowing whom to trust, choosing your words with care when talking politics in public, the unpredictability of state power. Snowden has rightly drawn our attention to the power of what intelligence agencies call “signals intelligence” – the surveillance of our digital communications – but equally important is “human intelligence”, the result of informants and undercover agents operating within communities.

Underpinning all the surveillance of Muslim Americans is an assumption that Islamic ideology is linked to terrorism. Yet, over the last 20 years, far more people have been killed in acts of violence by right-wing extremists than by Muslim American citizens or permanent residents. The huge numbers being spied upon are not would-be terrorists but law-abiding people, some of whom have “radical” political opinions that still ought to be protected by the First Amendment to the constitution. Just the same, there are plenty of other minority Americans who are not would-be “home-grown” terrorists – but they still live in fear that they might be mistaken as one.

So let’s reform the NSA and its countless collections. But let’s not forget the FBI’s reported 10,000 intelligence analysts working on counter-terrorism and the 15,000 paid informants helping them do it. Let’s not forget the New York Police Department’s intelligence and counter-terrorism division with its 1,000 officers, $100m budget and vast program of surveillance. Let’s not forget the especially subtle psychological terror of being Muslim in America, where, sure, maybe your phone calls won’t be stored for much longer, but there’s a multitude of other ways you’re always being watched.