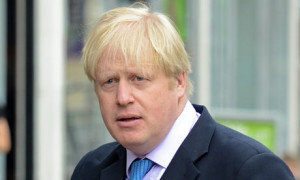 London mayor Boris Johnson’s suggestion this week that children of Islamic extremists be taken into care to prevent their being radicalised illustrates perfectly our collective failure to understand the problem of terrorism.

After 9/11, so-called terrorism experts funded by governments and neoconservative think-tanks invented the concept of radicalisation to try to explain the violence being directed at the US and the UK. Their argument was that the root cause of that violence lay in an ideology – what Johnson, following the usual metaphor, calls “that awful virus: the contagion of radical Islamic extremism”.

Millions of dollars and pounds have since been spent trying to prove that some version of Islamic belief leads young people to commit acts of murder against their fellow citizens. In my new book, The Muslims Are Coming! Islamophobia, Extremism, and the Domestic War on Terror, I call this argument “the myth of radicalisation”.

In fact, the evidence to support this analysis is surprisingly weak. Having a belief in “extremist” Islam, however defined, does not correlate with involvement in terrorism. There are many good reasons for objecting to reactionary interpretations of religion but the idea that religious ideology mechanically causes terrorism is not one of them.

What the official narrative leaves out is the role of our government’s foreign policy in fostering political contexts within which terrorism becomes more likely. Religion may provide the semantic register within which some terrorists articulate their propaganda; but it is politics that is the underlying cause.

The number of people convicted of terrorism-related crimes in Britain more than doubled between 2003, when the Iraq war began, and 2006, before halving again by 2009. The perpetrators had not changed their interpretation of religion during this time – what changed was their exposure to news of the carnage in Iraq, with its death toll in the hundreds of thousands.

In the US, the myth of radicalisation has led to drone strikes on those thought to be circulating the “virus” of extremism, such as US citizen Anwar al-Awlaki, who was killed in Yemen in 2011. Three weeks later, his 16-year-old son, Abdulrahman, was also killed, along with his teenage cousin and at least five other civilians. Former White House press secretary Robert Gibbs, then a senior adviser to Obama’s reelection campaign, was asked by journalists about the killing of Abdulrahman and replied that he should have had “a far more responsible father”. Like Johnson, Gibbs was arguing that the children of extremists are likely to become extremists themselves. Yet all the evidence suggests the exact opposite. The truth is that those involved in actual terrorist violence usually do so in spite of their parents’ influence, not because of it.

While the US government has chosen extra-judicial killing to save us from the imagined threat of the children of extremists, the UK government has developed a more subtle but almost as indecent approach. Since the 7/7 terrorist attacks, an elaborate system of surveillance has been created that draws social workers, teachers and youth workers into spying on Muslim children for supposed signs of radicalisation. One police officer involved in the program told me that children as young as 4 could be radicalising and that nursery school teachers should therefore report children who draw pictures of bombs in their notebooks. As of 2010, 290 children under 16 had been reported to the police in this manner and their lives investigated by police counter-terrorist units. Since then, the programme has been significantly stepped up.

As the existence of such programmes makes clear, Johnson’s lament that we are “nervous of passing judgment on other cultures” in this area is empty rhetoric. What’s more it tricks us into thinking Muslim culture is somehow responsible for the practice of terrorism. Placing Muslim children in the care of the state can then be spun as an act of rescue from a less civilised culture rather than seen as what it is: the destruction of families. The logic of Johnson’s proposal is in essence reminiscent of the practice of “saving” Native Australian children by separating them from their parents and creating what came to be known as the “stolen generations”: tens of thousands of children who were needlessly placed in institutions in a bid to culturally assimilate them to “white Australia”.

That London’s mayor can make such a proposal with all the banality of his various other comic schemes shows how badly distorted our thinking about radicalisation has become.