The Muslims are Coming! Islamophobia, Extremism, and the Domestic War on Terror

“Arun Kundnani is one of Britain’s best political writers, neither hectoring nor drily academic but compelling and sharply intelligent.” – Guardian 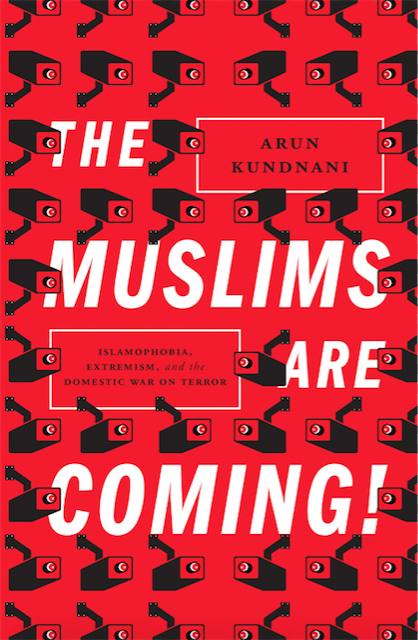 The new front in the War on Terror is the “homegrown enemy,” domestic terrorists who have become the focus of sprawling counterterrorism structures of policing and surveillance in the United States and across Europe. Domestic surveillance has mushroomed – at least 100,000 Muslims in America have been secretly under scrutiny. British police compiled a secret suspect list of more than 8,000 al-Qaeda “sympathizers,” and in another operation included almost 300 children fifteen and under among the potential extremists investigated. MI5 doubled in size in just five years.

Based on several years of research and reportage, in locations as disperate as Texas, New York and Yorkshire, and written in engrossing, precise prose, this is the first comprehensive critique of the War on Terror at home. The new policy and policing campaigns have been backed by an industry of freshly minted experts and liberal commentators. The Muslims Are Coming! looks at the way these debates have been transformed by the embrace of a narrowly configured and ill-conceived antiextremism.

The End of Tolerance: Racism in 21st century Britain

“Kundnani icily relates the Kafkaesque absurdities of rejected asylum cases, as well as case studies of biased policing and grossly inflammatory statements by politicians. His sarcasm is finely honed.” – Guardian 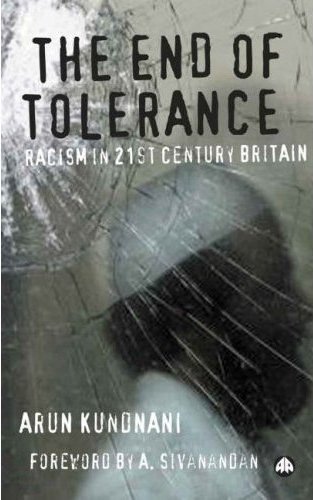 Looks behind the media hysteria to show how multicultural Britain is under attack by government policies and vitriolic press campaigns that play upon fear and encourage racism.

A new form of racism is emerging, exacerbated by the attacks of 9/11 and 7/7. It is based on a systematic failure to understand the causes of forced migration, global terrorism and social segregation. The result is a climate of hatred, especially against Muslims and asylum seekers, and the erosion of human rights. Communities are more divided than ever. Yet the government presses ahead with flawed policies and anti-terrorist legislation that creates further resentment, alienation and criminalization.

Foreword by A. Sivanandan, director of the Institute of Race Relations.