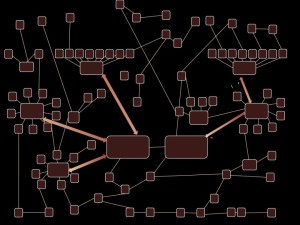 Since Edward Snowden’s revelations of US and UK surveillance programs, privacy advocates, progressive security engineers, and policy makers have been seeking to win majority support for countering surveillance. The problem is framed as the replacement of targeted surveillance with mass surveillance programs, and the solutions put forward are predominantly technical and involve the use of encryption – or ‘crypto’ – as a defense mechanism. The counter-surveillance movement is timely and deserves widespread support. However, as this article will argue and illustrate, raising the specter of an Orwellian system of mass surveillance, shifting the discussion to the technical domain, and couching that shift in economic terms undermine a political reading that would attend to the racial, gendered, classed, and colonial aspects of the surveillance programs. Our question is as follows: how can this specific discursive framing of counter-surveillance be re-politicized and broadened to enable a wider societal debate informed by the experiences of those subjected to targeted surveillance and associated state violence?

This article, co-authored with Seda Gürses and Joris Van Hoboken, is published in the journal Media, Culture, and Society. It is part of a special issue of the journal on “Infrastructures of Empire,” which can be downloaded here (a postscript to the special issue by Gholam Khiabany is not included).