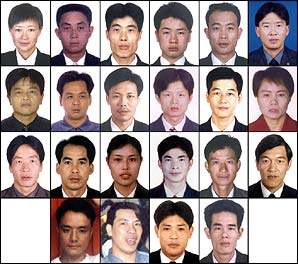 Almost 40 years after Enoch Powell delivered his anti-immigrant rivers of blood speech, Britain is still unable to move beyond his grim legacy. In recent weeks, we have returned once more to the old paradigm he popularised – immigrants are a burden on public services, their numbers are too high and an elite conspiracy exists to conceal this reality from the populace.

In his first major speech on the subject on Monday, David Cameron presented a picture in which the economic benefits of migration are outweighed by the impact on public services, transport and housing. “Immigration is too high,” he said, and the Conservatives plan to lower it by setting annual limits on non-EU (ie predominantly non-white) economic migration, restricting the migration rights of newer EU citizens from south-eastern Europe and the creation of a new border police force. Labour, on the other hand, is to establish a points system for migrant workers and to police access to public services with biometric identity cards which, from next year, will be compulsory for foreign nationals resident in the UK.

What is striking in this so-called debate on immigration is the common ground that both parties share. The logic of both programmes is the same – to reduce the numbers of migrants through increasing criminalisation of the unwanted. Moreover, both parties refuse to acknowledge the real driving forces of increased migration over the last decade: the ongoing casualisation of Britain’s labour market, as well as the devastation inflicted on poorer countries by neoliberal globalisation. Since the 1990s, the lower levels of Britain’s economy have became increasingly centred on short-term, non-binding, sub-contracted workforces which can be hired and fired at will and are constantly threatened with replacement by cheaper labour from elsewhere. This neoliberal transformation of Britain’s labour market, which leads to increased demand for rightless migrant workers to exploit, occurred at the same time as free market globalisation generated the conditions for large-scale emigration from many regions of the world, throwing up the migrant “surplus population” that post-industrial economies like Britain now need.

Take, for example, Filipino nurses coming to work in Britain – one of the larger categories of non-EU migrant workers. They leave behind a country which is forced to spend eight times more on servicing its debt to western bankers than it does on its own healthcare system. Because of the resulting crisis in the Philippines’ own hospitals, even qualified doctors are seeking work abroad as nurses. In the UK, there are legions of qualified Filipino nurses who, recruited through agencies, often end up working in the kitchens or scrubbing the toilets in hospitals and private nursing homes. Their home country is effectively kept out of bankruptcy by the remittances they send back – $260m was sent from Britain by Filipinos in 2003. Britain’s own healthcare is subsidised by this cheap migrant labour force but such economic benefits depend on a backdrop of debt-induced poverty in the Third World and the sacrifices of migrant workers who suffer the human costs of degrading work and family separation.

Britain’s failure to understand this deeper reality to migration leads to counter-productive attempts to reduce immigration through authoritarian policing. Carrying out more workplace raids to catch “illegals” or introducing ID cards only foster the growth of a hidden, undocumented workforce, beyond the reach of even the minimal health and safety protections that accrue to other workers. While newspapers daily speculate on the numbers of migrants coming in, nobody counts the deaths and injuries of migrants in workplace incidents, unless they occur in spectacular fashion, such as with the death of 21 Chinese cockle-pickers in Morecambe Bay in February 2004. Because politicians refuse to tackle Britain’s underlying demand for a highly exploitable workforce, their tough talk promising to lower immigration inevitably ends in failure to bring about any such reduction – fuelling the dangerous perception that immigration is out of control.

The alternative, which neither party wishes to consider, is to begin the process of reforming the deregulated labour markets into which migrant workers are recruited. Strengthening the rights of all workers in these sorts of jobs – bringing real change on issues such as health and safety, working hours, trade union rights and a living wage – brings advantages to migrant workers and the existing low-paid workforce alike, breaking out of the downward spiral of intense competition and worsening conditions that both are locked into. A necessary first step in any such process is regularising the under-class of currently undocumented migrant workers.

At present, however, Labour prefers to let the poor and the still poorer fight over jobs and public services, while seeking artificial unities in an imagined Britishness. Gordon Brown’s resort, so early in his premiership, to a crudely nationalist slogan of “British jobs for British workers” shows how far we are from realising any kind of genuine left-wing alternative on immigration. Instead, the liberal intelligentsia and Labour politicians have been jumping over themselves to join the columnists on the Mail, Express and Sun in simplistically blaming immigrants for the crisis of the welfare state, housing shortages and the atomisation of society – by implication, they agree with the BNP that “Enoch was right”. Little wonder that racism has not gone away in Britain but, thanks to this culture of official bigotry, become more acceptable.